“We designed every nanometer of this metasurface using Ansys Lumerical FDTD + AWS + Python API while making it compatible with CMOS fabrication tolerances.”

“Lumerical’s AWS solution allowed Lumotive to scale our design cycle by two to three orders of magnitude without additional cost or accuracy compromises.” 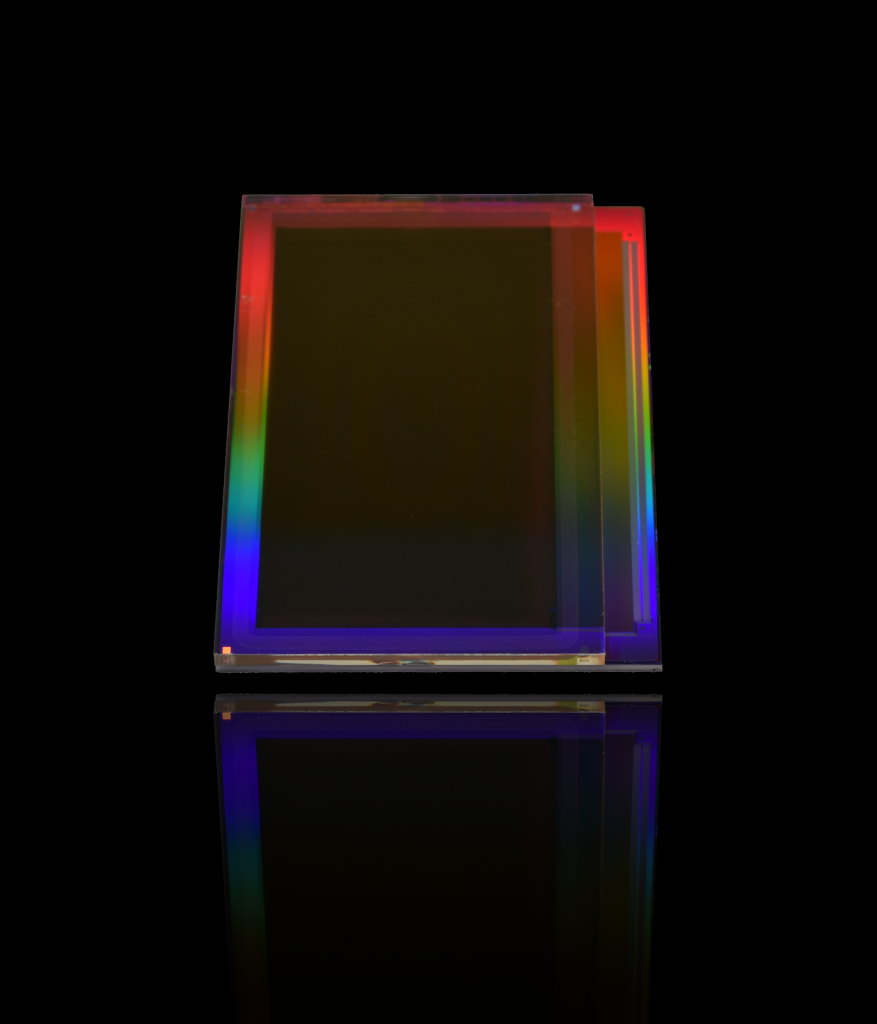 A liquid crystal metasurface developed by Lumotive with Ansys Lumerical FDTD on AWS.

Lumotive’s LIDAR products are based on their advanced beam steering technology using liquid crystal metasurfaces (LCMs). Their LCM technology was designed and optimized with Ansys Lumerical FDTD on AWS. Lumotive’s innovation provides a clear step forward from the relatively immature state of beamsteering technology based on LCMs. To achieve their success in developing their lidar systems, they needed the ability to quickly and accurately model and validate the beamsteering performance of their LCM design. The most important requirement was an efficient method for predicting anisotropic permittivity and the response of the liquid crystal at the nanometer scale.

Lumotive’s primary challenge when simulating LCM performance was the requirement to model large-area optics while including the nanoscale features representing CMOS process variations. Specifically, they needed to capture optical properties at a macro-scale length (> 100 um) with nanoscale (< 5 nm) precision. This requirement created significant computational complexity for Lumotive. Their on-premise computing resource proved insufficient, so they set out for a new solution for their simulation needs.

Lumotive considered several HPC solutions to accelerate large-scale simulations but in the end decided to go with a cloud solution on AWS powered by Lumerical’s FDTD. This decision was driven by the accuracy and run-time performance of Lumerical’s FDTD coupled with its amenability to HPC computing and the cost-effective flexibility of Amazon’s cloud solution.

Lumotive was able to achieve their aggressive design goals with a custom workflow developed with the support of Lumerical. Lumerical’s Python API was an essential part of this custom flow to achieve run-time scalability and the interoperability needed for Lumotive to exploit the open source tools necessary for optimization and post-processing. Prasad Iyer from Lumotive states, “we designed every nanometer of this metasurface using Ansys Lumerical FDTD + AWS + Python API while making it compatible with CMOS fabrication tolerances.”

AWS provides a secure, resizable computing capacity with an easy-to-use web interface. AWS offers a convenient way to buy compute time on-demand and makes it possible to access multiple large servers, paying only for the actual time used. Such flexibility is attractive to Lumotive as they require massive computing resources for only a short duration during the development cycle. Further, due to the flexibility of Lumerical’s FDTD, jobs can be greatly sped up by running large simulations using several servers concurrently. The cost can be similar to running on one server for a longer period.

High-performing Ansys Lumerical FDTD works seamlessly with EC2 and can be launched in minutes. Only a few steps are needed to launch a typical FDTD simulation including the creation of a virtual private cloud, the activation of security and license management, and the definition of a launch template. A cost-effective solution runs an Ansys Lumerical FDTD engine on Amazon Linux without a graphical interface. Simulation files are stored in S3 to remove the need for costly transfers to and from the cloud. Flexible “cloud pack license” options offered by Lumerical for its FDTD engines makes this solution even more attractive by enabling cost-effective large-scale computing for critical periods of the design cycle.

With the help of Lumerical’s HPC solution, Lumotive rapidly scaled their simulations to AWS. The ability for individual simulations of Lumerical FDTD to be distributed across many computing cores provided extremely high levels of parallelism. This rapid scaling allowed Lumotive to reduce their design time by two orders of magnitude without compromising on accuracy. Previous simulations running on their workstations that would take hours now finished in minutes.

In addition to improving the performance of their simulations, workflow improvements made possible by Lumerical’s Python API were critical for Lumotive to optimize designs which were dependent on many independent process parameters and constraints. The Python API further enabled Lumotive to make use of state-of-the-art open source optimization algorithms to maximize the performance of the LCM while maintaining highly accurate simulations.

Lumerical’s HPC solution using AWS provided Lumotive with a solution that is scalable, cost-effective, and flexible. Lumotive was able to confirm the correct functionality of its LCM, allowing them to deliver their product on time. Without Lumerical’s solution, this level of validation would not have been possible as the run-time on conventional hardware would be unreasonably long. Further, the cost of procuring dedicated hardware would not be justifiable for a task needed only intermittently for a small portion of the design cycle. Lumotive’s Iyer stated, “Lumerical’s AWS solution allowed Lumotive to scale our design cycle by two to three orders of magnitude without additional cost or accuracy compromises.”